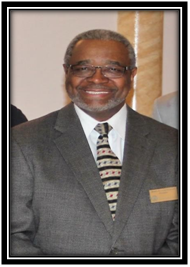 There are several adult Branches of the National Association for the Advancement of Colored People (NAACP) in the surrounding cities and one College Chapter on the campus of Southern Illinois University at Edwardsville. The adult Branches with their presidents are located in Alton (Andy Hightower), East St. Louis (Stanley Franklin), Edwardsville (John Cunningham), O’Fallon (Francine Nicholson), and Madison/Venice (James Harrell). These Branches work separately in their communities and together to promote the common goals of the National NAACP. September 13-26, 2020 we held the 111th National Convention of the NAACP which was scheduled to be hosted in Boston, but the entire convention was held virtually within the comfort of our homes. The delegates and members were treated to a plethora of excellent presenters who brought encouragement from across the United States speaking truth to lies and racial injustices. There were over 3,000 registered delegates. At the end of the Convention, we voted to support resolutions in the areas of Civil Rights; Commemorative/Memorial (John Lewis, C.T. Vivian, Chadwick Boseman,…); Economic Development; Education; Environmental Affairs; Health; Housing; Information Technology; International Affairs/Immigration; Labor; Legislative and Political Action; and Voting Rights.

Allow me to share the flavor of a couple of the resolutions:

Discriminatory Effects of the HUD Disparate Impact (after several whereas statements) – Therefore, Be It Resolved, that the NAACP will seek federal legislation preserving the use of the “disparate impact” analysis under the Fair Housing Act.

Each of the above items was presented with much debate and finally voted up or down. Both resolutions were adopted.

Locally, since that advent of the coronavirus, a lot of our local issues seem shadows of a distant past. However, you may recall we were in the middle of collaborating with District 7 about a racially charged incident on the campus of Edwardsville High School. The Superintendent, Dr. Jason Henderson, developed a strategy to address this community concern and meetings have been taking place to establish pathways to address and possibly resolve future racially charged issues.  Chief Jay Keeven, did not hesitate to share his programs for officer training and his efforts to address any public concerns about policing in Edwardsville. Chief Keeven quickly established a committee of citizens who were promptly informed of the extent of police preparation in Edwardsville and he took to the airways with a city-wide Zoom meeting to invite citizen input. The Edwardsville Branch has worked with the League of Women Voters to sponsor a political forum and hold a voter registration drive at Edwardsville High School. After four protests in the streets of Edwardsville, Mayor Hal Patton formed a committee consisting of Brittany Johnson, Editor of The Intelligencer; Jean O’Brien, Mental Health Counselor; John Cunningham, President of the Edwardsville NAACP and himself. Our committee worked with the mayor to prepare a survey to get broad citizen input on the racial climate in Edwardsville. This effort was supported by an in-person meeting at the Wildey Theater and a citywide Zoom meeting. In order to get more in-depth perception of the racial practices in our city, our committee has met with several focus groups. These groups have included the business community, realtors, clergy, bankers, social service organizations, a group of Black/African Americans, and Rotary to name a few. The members of this committee have been enlightened and surprised by the information shared in these focus groups. Presently, the four of us are attempting to write a summary of our observations and make some suggestions for our city to move forward with racial equity initiatives. With your help and resolve both our school district and our city will become a better place for everyone. Stay safe and vote early.

The Edwardsville NAACP has a long history of working together with civic leaders, community members, businesses, and judiciaries to make our beautiful city more equitable for all. We continue to have great success in accomplishing our goals, and we invite all to join us in this great work! 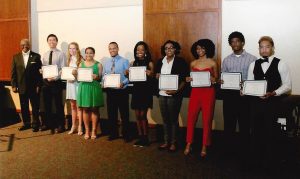 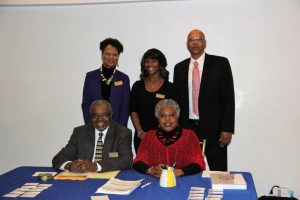 Our organization is only as good as our members. Luckily, we have the best people in the world working with us to help succeed.

Edwardsville In The News

Creating a better world can’t be done from the sidelines. Take action, and help our city improve! Raise your voice for change.

The mission of the National Association for the Advancement of Colored People is to ensure the political, educational, social and economic equality of rights of all persons and to eliminate racial hatred and racial discrimination

Are you With Us?