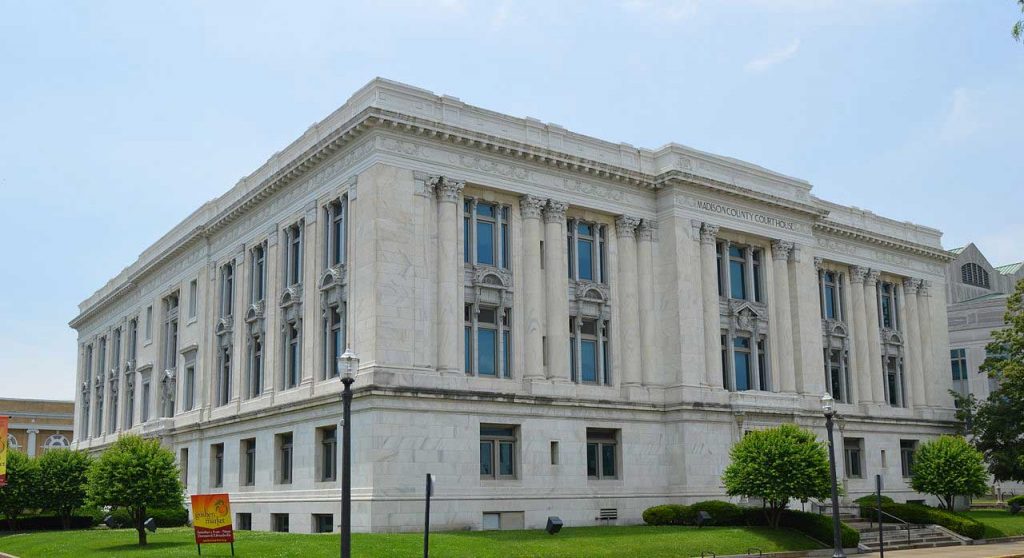 In July, 1950, a meeting was held at the home of Mr. and Mrs. Emmett Jackson. The purpose of said meeting was to organize an Edwardsville branch of the National Association for the Advancement of Colored People and to work towards integrating the Edwardsville school system.

After being properly chartered, the first project undertaken by the newly founded group, was to desegregate the Edwardsville School System. There was only one school that black youth could attend, Lincoln School. It had grades 1 – 10. If black youth wanted to go on to high school, the Edwardsville Board of Education paid all expenses to send them to high schools in other cities.

Through the efforts of the Edwardsville NAACP, the schools were integrated in 1951, but all of the black teachers were laid off and white teachers took over the education of our black children. Our black youth enhanced the Edwardsville school district in all sports, as well as in band and chorus.

The two theaters, the Wildey and the Lux were integrated and some jobs became available for blacks. Things were better than before, but there was much yet to be accomplished.

Mr. Jones remained as president until Roscoe Scott was elected for a period of one year, after which Mr. Jones became president again until he resigned. As with many organizations, once some progress is made, efforts sometimes slow down.

After Mr. Jones’ resignation, Warren Wider became president and Warren Clevenger was named treasurer. As the NAACP grew in memberships and expanded its efforts, more jobs became available to blacks and other progress was made. In 1960, Edwardsville School District #7 finally integrated its teaching staff with the hiring of Mr. Winston Brown. Later, a few more black teachers were hired. Efforts are being made now to get the school board to hire more blacks in every aspect of the system.

In 1962, Winston Brown became the president of the Edwardsville NAACP. Other NAACP Officers have been elected over the years, the treasurer has changed, the secretary as changed, but the president remained the same for more than 30 years.

At the December 1992 meeting, Dr. Carl Jason was elected as President. He took office in January 1993 and was re-elected to that position in 1996. He worked diligently to make further gains for African Americans.

In December 1997, Dr. Emil Jason succeeded Dr. Carl Jason and has made strides to increase membership and seek supporters of NAACP endeavors.

This is just a brief history of our group, but we, as officers and members want all of you to know that the National Association for the Advancement of Colored People is alive and well in Edwardsville, Illinois.

Are you With Us?